More and more women are choosing the Ultra Femme 360 procedure to give a new approach to their health. It is regarded as one of the best non-invasive treatments available for the intimate parts of women and there are clear reasons for that. If you are looking for Vaginal Rejuvenation or Vagina Tightening or Vaginoplasty in Delhi and that too without surgery, than Ultra Femme 360 is the best answer for you.

What is Vaginoplasty or Vagina Tightening?

Vaginoplasty can be performed as a cosmetic surgery procedure or reconstructive plastic surgery. Other genital surgeries such as hymenorrhaphy or labiaplasty are often combined with vaginoplasty to give holistic results.

The patients are advised to be completely aware of the procedure, know how it is performed and discuss its potential benefits and risks with the surgeon performing the surgery. They can also discuss their choice with a counselor to ensure that they are making a decision in the right direction. The physicians often advise their patients to explore some non-surgical options (like Kegel exercises) before the procedure so as to avoid any possible risks or complications that come as a part and parcel of the procedure.

More and more women today are considering vaginoplasty for vaginal rejuvenation. It can be for health reasons as well as cosmetic reasons.

The congenital disorders that can be treated using Vaginoplasty are:

Vaginoplasty as a procedure is beneficial for any woman who has had a natural child birth. It gives more benefit to the women who have had multiple natural deliveries than the ones who have had a natural delivery only once. It is also beneficial for women who do not seem to benefit from Kegel exercises and see no improvement in their vaginal muscles.

Vaginoplasty improves the muscle strength and control that directly affects and improves the sensation experienced during sexual intercourse. It also results in better sexual response, greater frictions and thus, much powerful orgasm. Apart from all these benefits, the procedure of Vaginoplasty also gives a better appearance to the vagina that directly affects the sexual confidence of a woman.

It is called a vaginal reconstructive surgery when it is performed to treat malignant growths, cancer, or trauma.

It is called a vaginal construction surgery when it is performed for sex reassignment or congenital disorders like when the vagina has not developed properly.

Some information about Surgical Vaginoplasty: The Procedure

The procedure of vaginoplasty can take anywhere from one to two hours and involves either the removal of excess skin or pulling of the pelvic floor muscles together. In certain cases, both of these might be required. The procedure is either performed using a laser or a scalpel. Lasers are much less painful when compared to scalpel, but both of them have similar results. The procedure of vaginoplasty can cause scarring, but in most of the cases, it disappears with time. However, any good surgeon will ensure that he makes incisions (for the procedure) in the natural folds of the skin so they are not too noticeable.

While the procedure basically involves the removal of excess vaginal mucosa, the way it is performed will differ depending on the purpose of the procedure. Following are some of the techniques that are used in the procedure:

Vaginoplasty recovery is much easier than what is perceived by most women. The procedure is outpatient, i.e. the patient can go home within a few hours of the procedure. Some women may report discomfort after the surgery, but it is common and goes away after a few days and some medication for pain. It is also common for some women to have a little swelling and bruising, one to two weeks post the treatment. Women also need to take similar precautions like they take after the vaginal childbirth such as, sex should be prohibited for four to six weeks after the surgery. Also,s nothing should be inserted in the vagina for this period such as tampons, menstrual cups etc.

Even though Vaginoplasty or vaginal tightening is regarded as a relatively safe procedure, it has certain possible risks and complications. These include:

Infection, bleeding and scarring are common to any surgery

When Vaginoplasty is done for vaginal rejuvenation, it can be performed with other vaginal tightening surgeries such as Labiaplasty, Perineoplasty, or Revirgination. These can be either performed alone or in a combination to provide a comprehensive effect.

Labiaplasty is often done for cosmetic reasons while it can be done to treat congenital conditions too. The procedure involves the reconstruction of the Labia Majora and the Labia Minora. While it would be wrong to say that these are used to correct the wrong formation of the labia, the truth is that it is commonly chosen by the women who have self-esteem issues relating to their Labia. The procedure helps them to regain their lost self-confidence. Labiaplasty is also commonly known as labial tightening.

How Non-surgical Vaginoplasty is the best?

For all those who are apprehensive about using a surgical procedure to get vaginal rejuvenation, non-surgical Vaginoplasty/Vaginal Rejuvenation works as a great option. 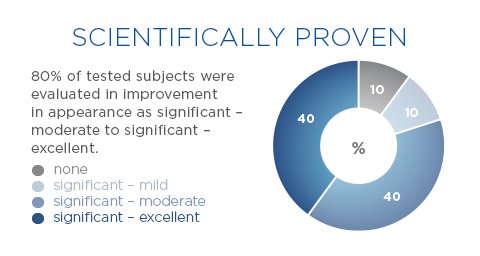 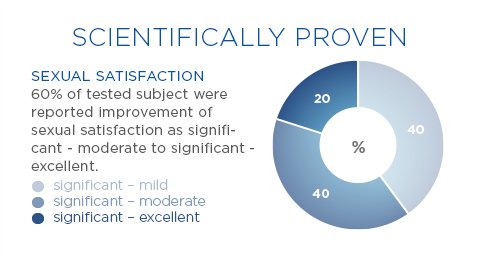 The Ultra Femme 360 is a new method that aims at improving the intimate well-being of women. BTL Ultra Femme 360 is a non-surgical alternative to procedures such as vaginoplasty or labiaplasty procedures. It is safe, effective and an innovative method of vaginal rejuvenation and includes labial remodeling and vaginal tightening, both of which are performed with a single device. The procedure works by stimulating the collagen production that enhances the blood flow as well. The procedure makes use of the natural process of the body to stimulate the collagen production. This improves the blood flow to the treated area and helps to restore the vagina and vulva to a more youthful state.

The procedure tightens the labia, decreases the vaginal opening and the diameter of the vaginal canal, improves sensation, natural lubrication and makes it easier for the women to reach orgasm. There is also a noted improvement in the physical appearance of the area that is treated besides the improvement in the sexual satisfaction.

Ultra Femme 360 is a painless procedure, has a warm heat sensation and does not involve the use of anesthesia. There is no downtime involved.

The Ultra Femme 360 helps to achieve the following:


What are the reasons behind the popularity of Ultra Femme 360?

More and more women are choosing the Ultra Femme 360 procedure to give a new approach to their health. It is regarded as one of the best non-invasive treatments available for the intimate parts of women and there are clear reasons for that.

Some of the reasons for the popularity of the procedure are:

Ultra Femme 360 works to treat two different areas—the vaginal canal and the Labial area with two different attachments and a single device. When the Labia is to be treated, the entire vulvar area is heated with the help of radio frequency. This stimulates the collagen synthesis and the blood supply that results in heightened sensitivity and rejuvenation. The focused thermal energy disrupts the old collagen fibers and encourages the new ones to form.

When Ultra Femme 360 is used to treat the vaginal canal, the second attachment is used to access the entire depth of the vaginal canal. In this case, the radio frequency is transmitted into the vaginal mucosa. This stimulates the production of new collagen and results in enhanced blood flow.

The patients can choose to treat the vaginal canal, the labia or both at the same time in a single session with the Ultra Femme 360.

To treat the labia, a water based gel is first applied to the skin that is to be treated and then the hand piece is moved across the area to deliver radio frequency energy in pulses.

To treat the vaginal canal, a different adapter is used with the device. The treatment is absolutely free of any kind of pain and just leaves a warm sensation to the patient. The duration of the treatment is also short and lasts only for about 20 to 30 minutes.

A complete treatment involves four different sessions that are given at a spacing of one to two weeks. Optimal results are achieved when these are conducted at the right time. Even though some improvements are felt and are visible right after the treatment sessions, the complete results are only visible 4 weeks after the final treatment is over as this is the time when collagen finally remodels. To achieve and maintain the best results, treatments for maintenance are recommended annually.

The Exilis Ultra 360 makes use of radio frequency energy that enhances the blood flow to the vaginal area, this results in the tightening of the vaginal wall. Thus, the same process can also be used for tightening the external vulva.

What to expect before, during and after the treatment?

Before you go for your treatment, remember to take care of the following things:


On the day of treatment

Once the treatment is over, take care of the following things:


When should the treatment be completely avoided?

The treatment of vaginal rejuvenation should be completely avoided when the patient:

The benefit of the treatment always varies from patient to patient. Like any other treatment, vaginal rejuvenation also involves unknown risks and complications from causes that are known or even unknown.

Is the Ultra Femme 360 procedure safe?

The procedure is not just safe, but also comfortable for the patients and meets strict safety standards. The procedure makes use of a built-in energy flow control system that ensures uniform heating is provided to the patient. This means that the patient feels minimal to no discomfort at all. Since the heating involved is at lower temperatures, there are lower risks of infections and discharge.

Who should undergo the procedure?

Any woman who does not want to undergo a surgical procedure to improve their intimate health is the right candidate for this procedure. This is a non-invasive, safe and ultra fast treatment.

How many treatments are required?

There is no specific answer to the question. The treatment provider will analyze the condition of the patient and then suggest the number of treatments required by them. Each patient gets a tailor made treatment plan. The usual recommendation is 3 treatment sessions that are scheduled once a week.

Is the treatment painful?

The treatment is not painful at all. Since the procedure homogeneously heats the area, the patient only feels a comfortable and a pleasant heat but no pain. They can also resume their normal activities right after the treatment. It is a common symptom to notice mild swelling and redness in the area of treatment and this also usually disappears within a few hours.

What are the side effects?

There are no specific side effects of the procedure. There are only a few after effects such as mild swelling or redness which disappears itself within a matter of few hours.

What is the downtime of the procedure?

By when are the results visible?

In several cases, the patients have reported remarkable improvement right after the first session. But the results tend to improve with every treatment session and during the follow up period.

Call now to book an appointment.

*Disclaimer: Results may vary from person to person